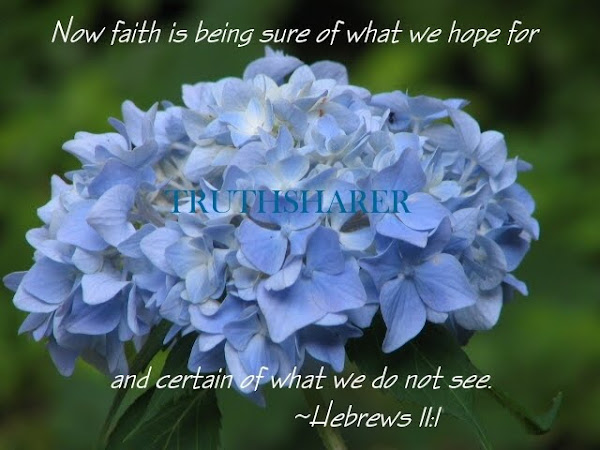 Believing the Promises of God - in His Word

Against all hope, Abraham in hope believed… Without weakening in his faith… Yet he did not waver through unbelief regarding the promise of God, but was strengthened in his faith and gave glory to God, being fully persuaded that God had power to do what He had promised. ~ Romans 4 [selected 18-21] 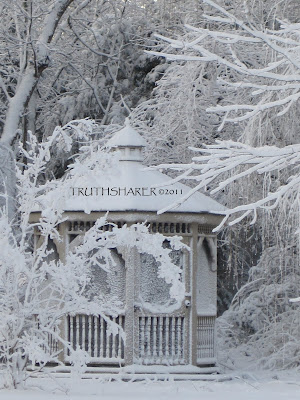 I haven't been 'blogging' much in the past few months because God has called me to a new season with Him that demands my time in other places and with other people. I continually pray for my blog sisters [and brothers, like Kurt] by name from my prayer list and I also stay in touch with many of you. We have become true friends and have developed relationships that otherwise would never have been - had not we met in Cyberspace!
I say all of that to bring you to the reason for my post today.
Early this morning when I turned on my laptop, I saw a blog post title in an email that intrigued me. So I jumped on that blog and read the short post where God truly had a Word for me.
That is not the point of this post however. Stay with me here.......
As I prepared to make a comment I knew I had to 'sign-in' first - so the fastest way I knew was to jump on my own blog - it signs me in automatically. So, that's what I did.
Here's where this post began....
When I opened my own blog I noticed that my 'followers' list had decreased by one. This had happened a few weeks ago too. Down two, hum........ but this wasn't ever something I pursued [getting followers I mean] in fact for a long time the Lord would not allow me to have a button for followers. I don't do Facebook so my followers were always limited. I know that since I have not visited blogs lately, nor posted much in recent weeks, [this being my first post of the New Year] I even understood why someone would stop being a follower. I thought to myself at that moment, "The Lord giveth and the Lord taketh away."
But then......... John 6:66 flooded my mind:
After Jesus Feeds the Five Thousand ~ After Jesus Walks on the Water ~ After He declares to be the Bread of Life .....we come to the end of John chapter 6 and find this:
John 6:53-69 [SELECTED] NIV 1984
53 Jesus said to them,
“I tell you the truth, unless you eat the flesh of the Son of Man and drink His blood, you have no life in you. 54 Whoever eats My flesh and drinks My blood has eternal life, and I will raise him up at the last day. 55 For my flesh is real food and my blood is real drink. 56 Whoever eats my flesh and drinks My blood remains in Me, and I in him. 57 Just as the living Father sent Me and I live because of the Father, so the one who feeds on Me will live because of me. 58 This is the bread that came down from heaven. Your forefathers ate manna and died, but he who feeds on this bread will live forever.” 59 He said this while teaching in the synagogue in Capernaum.
Many Disciples Desert Jesus
60 On hearing it, many of His disciples said, “This is a hard teaching. Who can accept it?”
61 Aware that His disciples were grumbling about this, Jesus said to them, “Does this offend you? 62 What if you see the Son of Man ascend to where He was before! 63 The Spirit gives life; the flesh counts for nothing. The words I have spoken to you are spirit and they are life. 64 Yet there are some of you who do not believe.” For Jesus had known from the beginning which of them did not believe and who would betray Him. 65 He went on to say, “This is why I told you that no one can come to me unless the Father has enabled him.”
6:66 From this time many of His disciples turned back and no longer followed Him.
67 “You do not want to leave too, do you?” Jesus asked the Twelve.
68 Simon Peter answered Him, “Lord, to Whom shall we go? You have the words of eternal life. 69 We believe and know that you are the Holy One of God.” [emphasis added]
I weep whenever I read that passage. Last spring I taught a Bible study on the Words of Jesus and we camped here for one long session. Can you imagine the hurt in His voice when He said,
“You do not want to leave too, do you?” Jesus asked the Twelve - those who were His closet followers.
Those who left could not understand this difficult portion of the blood and guts of the Sacrifice He was going to have to pay. He tried to explain it but they didn't get it. Instead of trusting Him more, they deserted Him instead.
Friends, we are capable of the same thing if we do not stay as close to Him as we can. Intimacy with Jesus, means intimacy with The Father [for us]. That's not something I'm willing to give up! Jesus calls us [in these last days] to some very hard stuff... hard sufferings, difficult sacrifices, yet our lives are to be LIVING SACRIFICES according to:
Romans 12:1-2
Living Sacrifices to God
1 I beseech you therefore, brethren, by the mercies of God, that you present your bodies a living sacrifice, holy, acceptable to God, which is your reasonable service. 2 And do not be conformed to this world, but be transformed by the renewing of your mind, that you may prove what is that good and acceptable and perfect will of God. [emphasis added]
Let's never give up following the King of kings, even in the hard seasons of life! May the reading of God's Holy Word [His TRUTH] fill your hearts and minds this beautiful cloudy, or sunny, or snowy day wherever you are! I love you all!
*************************
Choosing JOY, Stephanie
*************************
PS: The post title that spoke to me was written by Kelly over at Titus 2 in Action, called: Faith Like Noah. I hope you read that too! Maybe God has a Word for you as well! Be Blessed!
Posted by TRUTH SHARER at 10:45 AM 13 comments: 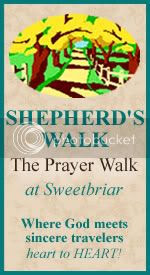 Use the code below to place my button on your sidebar.
Click Here for Help 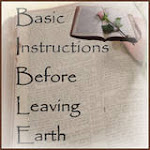 TRUTH SHARER
My desire is to glorify God by enjoying Him forever! I can't wait to see what more He has for me as I trust Him for His purposes and promises in my life. My passion is to teach the Word of God - showing others Who God Is and sharing His faithfulness even in the midst of suffering. God's Word is food for my soul and gives direction to my life. His Presence is what I seek daily! May my Savior be ever glorified... because of the cross! I lost my husband to cancer more than 6 years ago after 34 years of marriage. I'm the mother of 3 married children, and the [Mom-Mom] of [10] precious gifts from the LORD! They are: Justin, Ethan, Collin & Evan, Drew, Tessa, Braden, Jyden, Malachi & Jossara. I desire to leave my heritage in Christ to each of them - as they come to Christ personally ... and I have continued the prayer my husband began over them before he died: that they would become 'Mighty Warriors' in the Kingdom of God for His Glory and Purpose! Prayer is the KEY that unlocks the DOOR of FAITH! 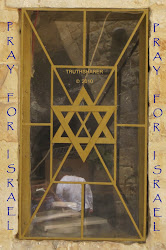 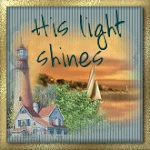 All photos in this Devotional Blog are the sole property of Creator God - as He has allowed me to capture the beauty and awe and wonder of His Hand. May His own creation bring praise, honor and glory to the Creator for His Masterpieces.

PLEASE DO NOT COPY anything on this site without permission. That way you honor God as well as the author.

Verse of the Day 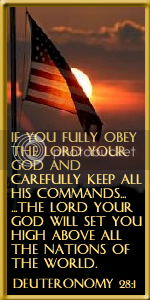 So we're not giving up. How could we! Even though on the outside it often looks like things are falling apart on us, on the inside, where God is making new life, not a day goes by without his unfolding grace. The Message

"There is only one relationship that really matters, and that is your personal relationship with your personal Redeemer and Lord. If you maintain that at all costs, letting go of everything else, God will fulfill His purpose through your life. One individual life may be of priceless value to God's purposes, and yours may be that life." ~Oswald Chambers

"Never allow your service for God to become a substitute for your relationship with Him."

"As a servant you must be moldable and remain available for the Master's use."

BIBLE VERSE OF THE DAY

Devotionals I Treasure at Night